Flip lights are also known as jump lights and hidden lights. This kind of lamp design was born in 1935, and then the major automobile manufacturers rushed to adopt this design, popular. But now, flip-flop lights can only be seen in old movies, like the AE86 and Mazda RX-7 in "Head Text D." Why don't cars have to flip lights now? 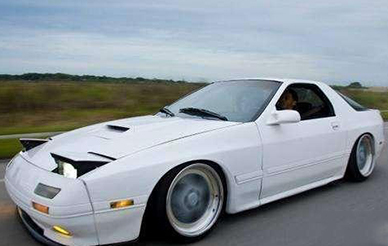 Flip lights look cool, but they're also popular with The American Bill. In 1940, U.S. law required a 610mm gap between headlights and a shape that was two 7-inch circles (a popular design at the time). These requirements are a headache for car manufacturers, once appeared flip-light just to adapt to these requirements, so the major manufacturers have adopted, including Ferrari, Lamborghini and other sports cars have adopted flip lights.

Is the so-called Cheng also Xiao He defeat also Xiao He. The popularity of flip-flop lights and the bill can not be separated from the relationship, the trend is also the bill's sake. In 1992 U.S. law removed strict restrictions on lights and did not have to use closed beams. So car designers began to play freely on the lights, and have their own design style.

At that time, many security agencies pointed out that the flip lights, although they look cool, but there are security risks. First, the flip-type lights failure can not open the light, driving at night is dangerous. Second, if a car with a flip-light collides with a pedestrian, pedestrians will suffer more damage, and if the light is designed, the pedestrian will suffer less. In addition, the complex design of flip-rate lights makes maintenance costs very high, and when turning on the flip-type lights affect the overall streamlined type of the car, increased wind resistance. These factors eventually led the car manufacturer to say goodbye to the flip-light design.

In 2004, the last car with flip-light design, the Corvette C5, was discontinued, which also meant that the flip-light design withdrew from the historical stage, and the classic design in the history of the automobile came to an end.