LED as a new generation of lighting light source, it has green energy-saving, environmental protection and so on, has become the reason for people's pursuit. 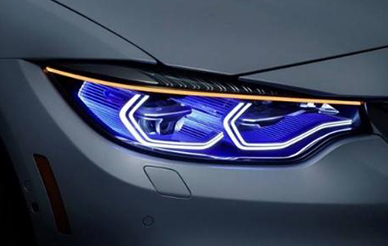 How long does it last, and what does it have to do with it?

The length of THE LED life is directly related to the operating temperature. For every 10 degrees C increase in ambient temperature, the life of the LED is reduced to 1/2. Obviously, excessive temperatures will directly reduce led to a shorter LED life.

Therefore, the LED has a long life span:

First of all, deal with its thermal problems, so that when it works, the knot temperature as low as possible.

For example, if a drive works after 8000 hours and fails, then even if the LED has a life of 100,000 hours is white, the drive is broken, the LED lamp will not work properly.

Second, too large a drive current can also damage the LED light, so the driving power supply to the LED lamp current must be stable, to ensure that at any time in the normal value. In previous years, LED drive power chip technology is defective, many manufacturers of chips made of LED drive, there is a start-up overshoot phenomenon, some overshoot is also very serious, LED long-term bear too large start-up current, will inevitably be damaged.

Again, the LED operating current ripple value is best not more than 30%, too large ripple current will also affect the life, in severe cases there will be strobe effect, that will lose the advantages of LED green lighting.

The basic conditions for LED drivers must be at least:

For constant current drive, the current deviation is controlled within 5%, the best control is about 3%;

Power-on no overshoot or small, small to negligible;

The output current ripple value is best not more than 30%;

The price should be moderate, too cheap products seem to be cost-effective, often poor life, too low price, can only use poor quality components production;

The efficiency is as high as possible, so that the heat generated by the whole LED lamp will be lower, which is conducive to the extension of LED life;