Daytime running lights are the most useless configuration? It's not what you think.

Daytime running lights are the most useless configuration? It's not what you think. 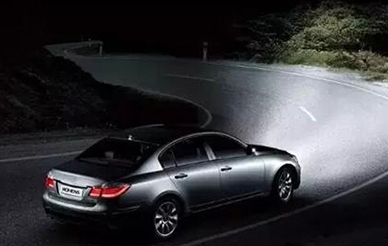 The lights of the vehicle have two functions, first of all, naturally, such as our low beam high beam, but most of them play a warning role, such as directional lights (double flashlights), tail lights, fog lights and reversing lights, including our daytime running lights, they only one role is to let others see us, And driving is to know that the high-end low-speed lights are a light language, and the lamp language is also to remind others to see their own, it can be said that in addition to the lights in the cab, most of our lights are to remind others that there is.

I believe that many car owners have this experience, driving in the tunnel want to change lanes, suddenly found that the rear car does not have a driving light (this horse is really quite a lot, the key is that he can see outside, but do not know that others can not see him), it is easy to accident, if there are daytime running lights then that is not the problem? So the meaning of the daytime running lights is not to take the road but to let others see you.