LED lights generate very low heat, why should the car LED lamp have a cooling fan?

LED lights generate very low heat, why should the car LED lamp have a cooling fan? 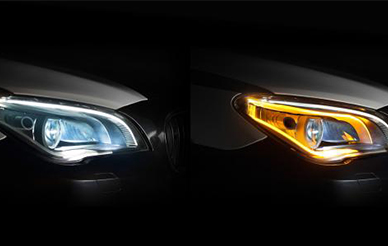 This gives the impression that the LED light is low in heat. The same is true, the same power under the LED heat is much lower than halogen lamps. But LEDs are semiconductor devices that are temperature sensitive and resistant to high temperatures. Poor cooling will seriously shorten the life and brightness of LED beads. Halogen lamps are high-temperature and do not require heat dissipation at all. That's why LED bulbs have either heat sinks or fans.

Even the 3-5w LED of the flashlight has a heat sink in order to work for a long and long term. At work, only about 25% of the electricity is converted to light energy, and the rest is converted to heat. AND LED IS PARTICULARLY SENSITIVE TO TEMPERATURE, THERMAL ENERGY AFFECTS THE PERFORMANCE OF THE LED, IF THE HEAT CAN NOT BE RELEASED IN TIME, THE FIRST WILL TRIGGER LIGHT ATTENUATION, BRIGHTNESS DECLINE. At an ambient temperature of 25 degrees C, the LED is reduced by 1% for every 1 degree C increase. As led temperatures continue to rise, the LED structure will be irreversibly damaged, resulting in LED road opening, burned.

In this case, a 30-50w LED lamp, about 22-38w of electricity converted into heat, LED lights equivalent to a 22w-38w electric power. Although the power looks not high, but the heat does not go out, will slowly accumulate together, this temperature can not be small! Therefore, it is necessary to distribute the heat in time, so the rear of the car LED light bulb light bulb is either with a cooling fan or with a metal scattered tropical.