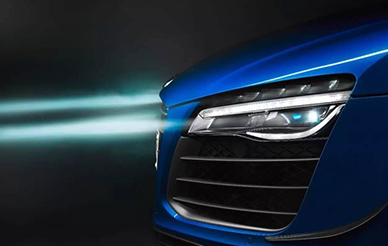 Because of the mature technology and the relatively low price, halogen headlights have also become the preferred source of light for low- and medium-priced models.

Next is the LED headlights, the consumption of halogen headlights 1/20, xenon headlightlife 3000 hours, and LED is 0000 hours, more durable, smaller! Faster response! The light decay is much smaller than halogen. These become the capital of LED's large-scale use on mid- to high-end models! And because of its small size, it can consist of a large lamp consisting of many individual LEDs, and then the water lamp or something appears.

Finally, it's the highest-tech laser headlights. The advantage is higher brightness and longer exposure distance. But the LED has been fully satisfied with the driving needs now, the current laser headlights match less models, the new Audi a8 above, is also the need for optional configuration.